Here’s a nice 2004 Paul Reed Smith McCarty in whale blue. PRS made lefty McCartys briefly 2003-2004 but you rarely see them. The body is slightly deeper than the Custom 22, for enhanced sustain, with a stoptail wraparound bridge, 3 way switch with coil tap on the tone control. The original McCarty humbuckers have been replaced with a set of 57/08 pickups, wound in-house with vintage style wire, and they sound great. The guitar is in very good condition, there are two areas on the top where the finish has delaminated a bit by the binding, they look like chips but are under the finish. One ding by the bridge post and 2-3 small dimples in the finish below the bridge. Some light surface scratches and swirls on the back as is common with the solid color finish on there. Original black hardshell case and warranty card. 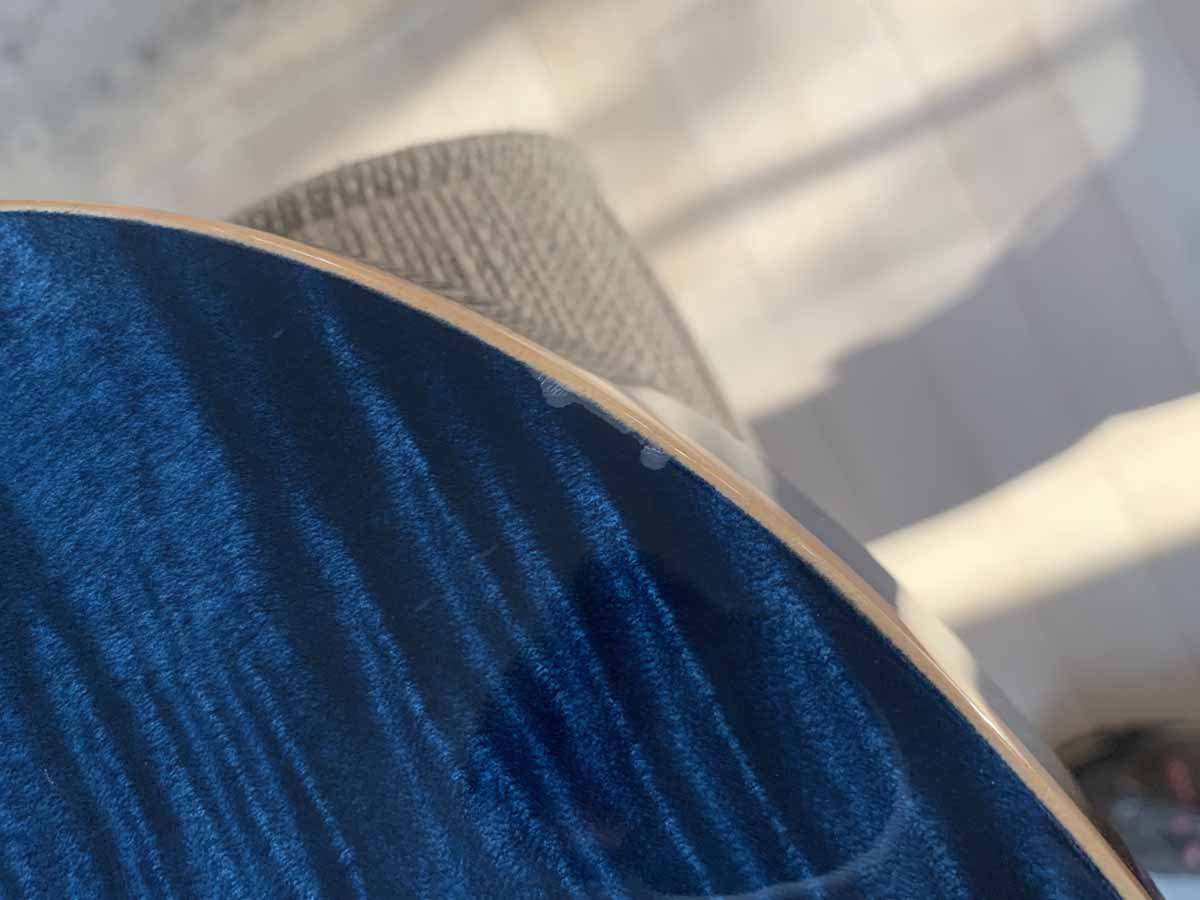 Ted McCarty is one of the pioneers of the electric guitar; he was the president of Gibson from 1950-1966, and was responsible for many patents and innovations — including the humbucking pickup. This was, of course, Gibson’s golden age. McCarty became a mentor to Paul Reed Smith, and the McCarty model debuted in 1994.